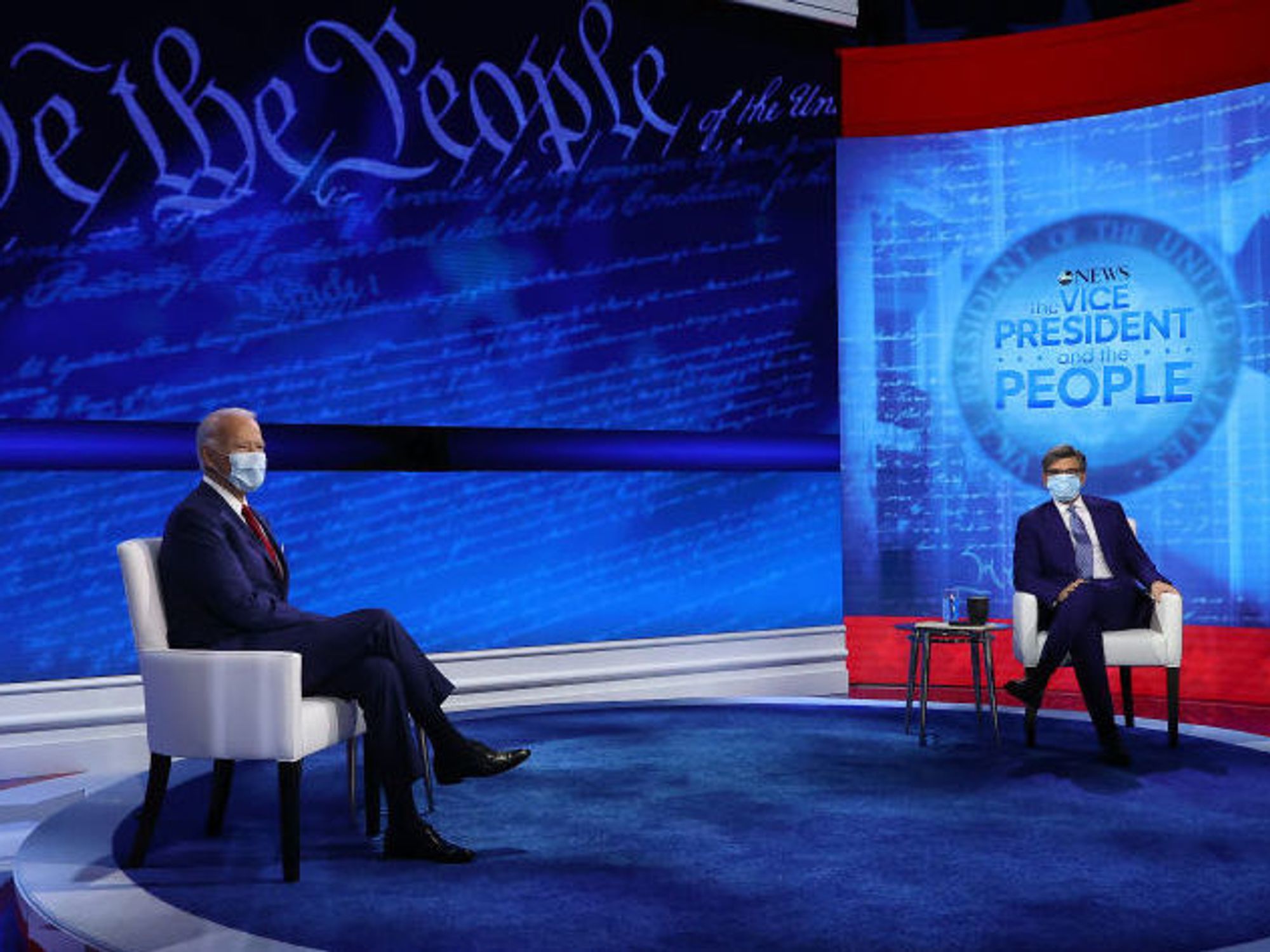 ABC News has refused to address criticism surrounding their town hall with Democratic nominee Joe Biden on Thursday after two of the voters who asked Biden questions had undisclosed connections to Democrats.

One of the questioners, Nathan Osburn, was introduced by town hall moderator George Stephanopolous as a “Philadelphia, Pennsylvania, Democrat” and identified as a “communications” professional, according to the New York Post.

As it turns out, Osburn’s communications background includes working for the Obama-Biden campaign in 2008. Osburn also worked as a speechwriter in the Obama administration for more than five years, including stints at the Small Business Administration and Department of Commerce.

Osburn now works at Google, according to his LinkedIn page.

Meanwhile, another questioner, Mieke Haeck, was identified by ABC News as a physical therapist from Pennsylvania. As it turns out, Haeck is “the wife of a prominent Pennsylvania Democrat,” Fox News reported.

Haeck is also the wife of Ezra Nanes, who in 2018 ran for Pennsylvania state Senate Republican Majority Leader Jake Corman. Nanes is currently an at-large member of the Centre County Democratic Committee.

Nanes praised his wife’s appearance at the town hall on Twitter. “Our children and I are so proud of our @MiekeHaeck for her courage in asking this question of @JoeBiden and so grateful to our next President for his caring and decisive answer in support of transgender and all LGBTQ people,” Nanes wrote

How did ABC News respond?

According to Fox News, the news network is staying silence amid growing criticism, only pointing toward comments from Stephanopoulos at the town hall’s opening.

“Some are voting for [Biden], some have said they’re voting for President Trump, some are still undecided, and we’re going to try to take questions from as many as we can tonight,” Stephanopoulos said.

The controversy comes after ABC News hosted a town hall with President Donald Trump last month in which the network presented those who would ask Trump questions as “uncommitted voters.”

However, one of the questioners had committed on social media to volunteer for Sen. Kamala Harris during the Democratic primary last year. The voter was a self-described “liberal Democrat” and repeatedly bashed Trump on social media, the Washington Free Beacon reported.

Meanwhile, another alleged “uncommitted voter” who asked Trump a question tweeted just weeks before the town hall that he’s “never once supported trump and won’t now.”

ABC News also dodged questions about the partisanship of those questioners, telling the Free Beacon that the voters “all identified to [the network] as uncommitted.”