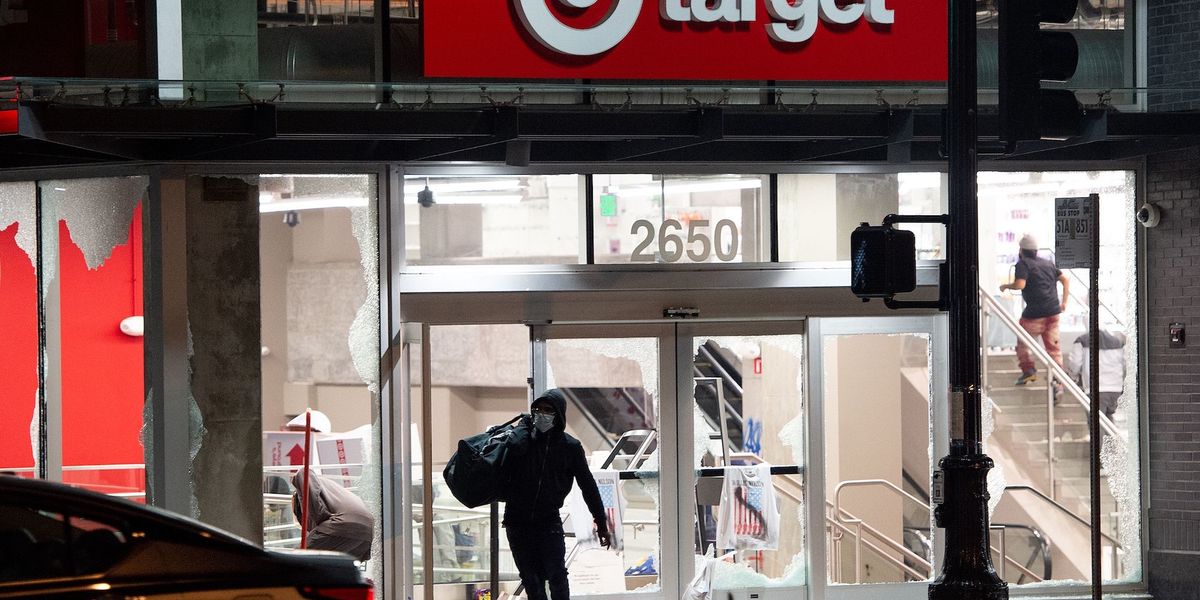 Looting and rioting broke out in Minneapolis, Minnesota, again after the police were accused of shooting and killing another black man, but they say video shows that he committed suicide.

The aftermath of the incident was captured on cellphone video by residents who angrily denounced the police and accused them of shooting and killing the black man.

Social media erupted with scenes of looting and rioting in the wake of the accusations against the officers.

But police claim that the suspect turned a gun on himself and committed suicide when they cornered him. According to reporter Kent Erdahl of KARE11 News, Minneapolis police showed them the video of the suspect caught on surveillance video killing himself.

Erdahl posted a freeze frame from the video on social media:

Minneapolis police have just shown us video from a city surveillance camera that appears to show a murder suspect d… https://t.co/VJCDpCGubM

Despite the video, looting and rioting continued on in Minneapolis.

Looting in downtown Minneapolis. Haskell’s liquor store and Medical Arts building included. This is all linked to a… https://t.co/XuKuj15Vo6

“This is all linked to alleged suicide of suspect in earlier homicide. Crowds down here were convinced he was shot by police,” she added.

Godfrey indicated that she also saw the video produced by police of the suspect killing himself.

“Immediately after the suspect goes down, you can see officers rush over and start CPR,” she said.

Minneapolis Police spokesperson John Elder said in a media briefing that the suspect was being sought in an investigation of a homicide committed earlier on Wednesday. He added that the police involved in the incident were wearing body cameras, but that the video could not be released without a formal process.

Here’s a local news report about the incident: