The criminal complaint against 17-year-old Kyle Rittenhouse alleging he fatally shot two people and wounded a third on the heels of rioting in Kenosha, Wisconsin, earlier this week appears to read as though he acted in self-defense.

The probable cause portion of the complaint outlines what investigators learned from viewing multiple videos of Tuesday night’s events as well as from interviewing witness Richard McGinnis of the Daily Caller:

The New York Times released an analysis of videos capturing the Rosenbaum shooting and noted that an unidentified person behind Rittenhouse and Rosenbaum held up a handgun and fired it. The Times’ analysis provides two angles, with one showing a gunshot flash and smoke.

At 23:19, Rittenhouse is seen in this YouTube livestream. He’s being chased into a parking lot. While he is being p… https://t.co/8bWPJqPKAg

After the single round of gunfire from an unknown person and then the volley of four shots, presumably from Rittenhouse, another three shots are heard. Here’s more from the criminal complaint:

The defendant then circles behind the black car and approaches Rosenbaum. Rosenbaum remains on the ground. McGinnis also approaches, removes his shirt, and attempts to render aid to Rosenbaum. The defendant appears to get on his cell phone and place a call. Another male approaches, and the defendant turns and begins to run away from the scene. As the defendant is running away, he can be heard saying on the phone, “I just killed somebody.”

I repeat someone has been shot in what appea… https://t.co/cgyiSKkxEz

The complaint continues with an account of what occurred after Rittenhouse ran from the scene of first shooting and was pursued by numerous individuals down a street, after which he fell, was physically attacked, and fired more shots: 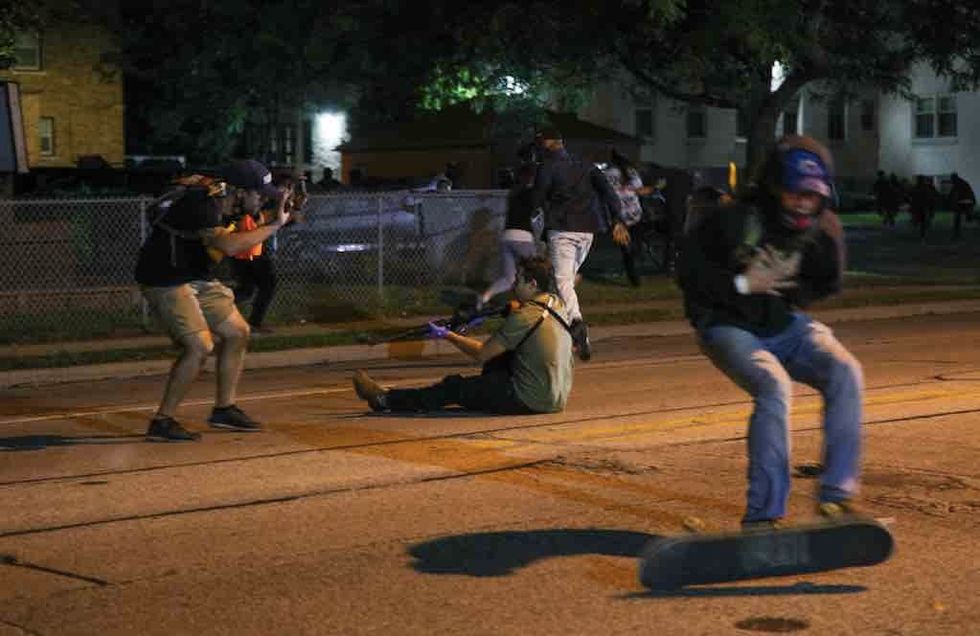 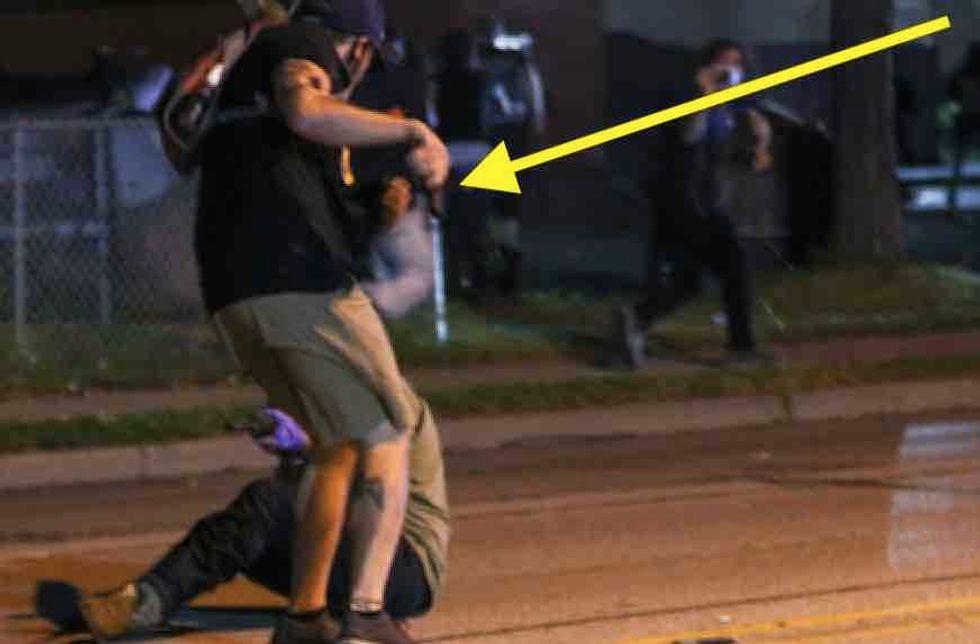 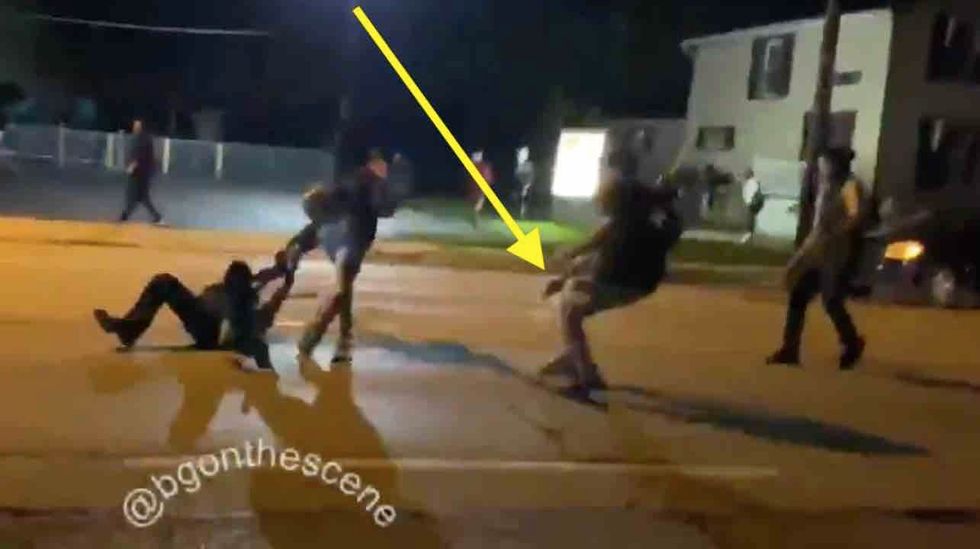 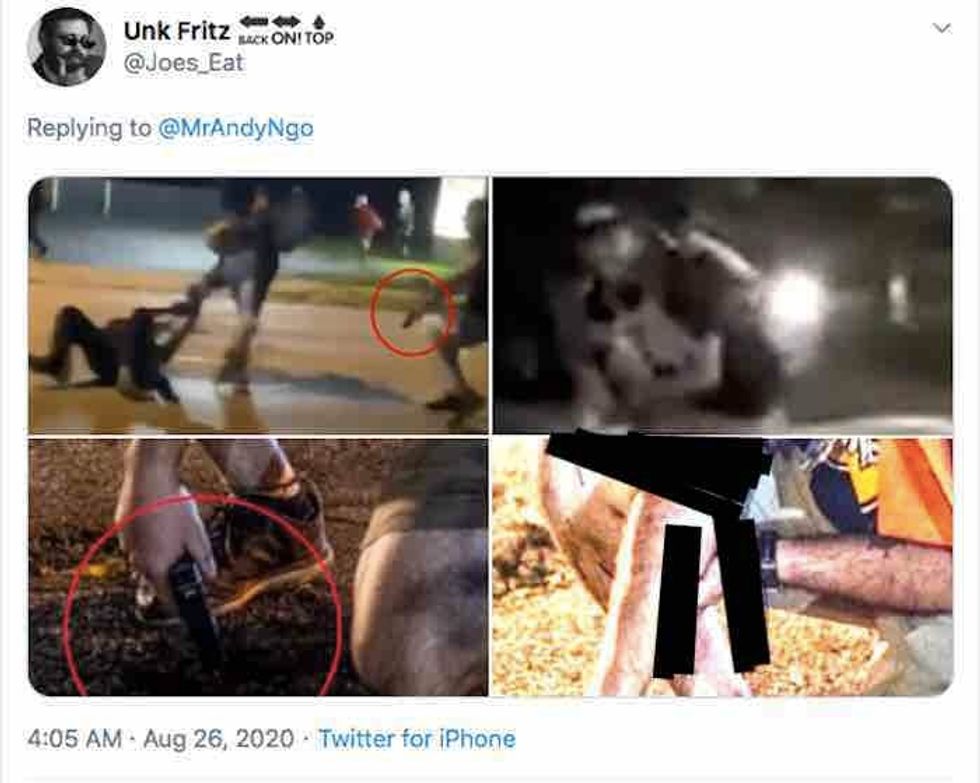 The criminal complaint adds that “Grosskreutz then runs southbound away from the defendant screaming for a medic and the defendant gets up and starts walking northbound. The defendant turns around facing southbound while walking backwards northbound with his firearm in a ready position, pointed towards the people in the roadway.”

Rittenhouse was then seen on video walking down the street and approaching police vehicles with his hands raised. Police did not pick up Rittenhouse at this time.

(Warning, Graphic/Violent)
A crowd chases a suspected shooter down in Kenosha. He trips and falls, then turns with… https://t.co/vxBAmOy0TK

Here’s an interview BlazeTV’s Elijah Schaffer conducted with the alleged shooter before the incidents occurred:

CONTEXT: I spoke with the alleged shooter earlier in the night who stated he was there to protect property