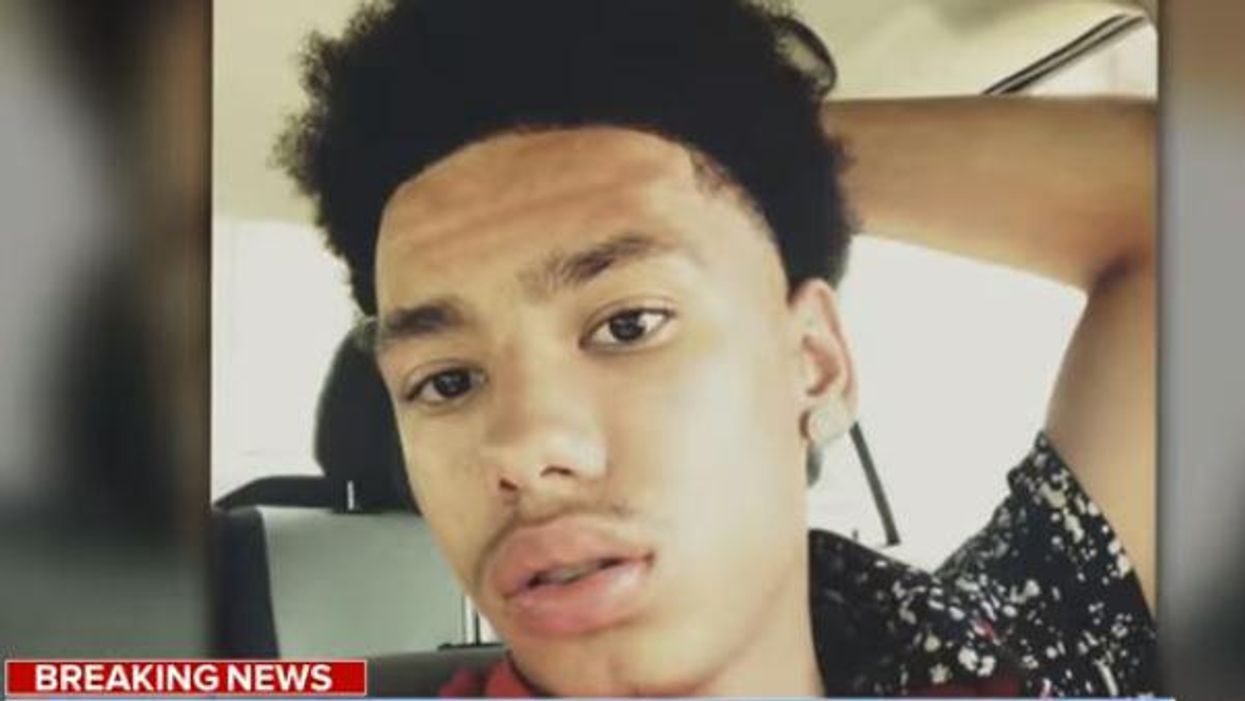 Daunte Wright had an outstanding warrant linked to a prior arrest when he was fatally shot by a Brooklyn Center, Minnesota, police officer.

Court documents show Wright was facing an attempted robbery charge over an incident where he allegedly choked a woman and held her at gunpoint.

The New York Post published court records Wednesday showing that Wright and another man, Emajay Driver, were charged with first-degree attempted robbery in December 2019 for allegedly trying to steal $820 from a woman.

The documents from Hennepin County claim Wright and Driver were at the victim’s apartment and all three were leaving when Wright “turned around and blocked the door preventing victim from leaving.”

Wright then pulled a gun, pointed it at the woman, demanding she hand over the cash he saw her roommate give her for rent.

“Are you serious?” the victim asked, according to the probable cause statement.

Wright then allegedly replied, “Give me the f***ing money, I know you have it.”

Wright then allegedly choked the victim twice during a struggle, and threatened to shoot her as he unsuccessfully tried to pull the cash from her bra — where she had placed the money for safekeeping.

According to The Daily Mail, Wright’s bail was originally set at $100,000, and a bail bondsman paid $40,000 for his release. “But his bail was revoked in July last year due to his ‘failure to not possess a firearm or ammunition’ and not keeping in touch with his probation officer, court papers show,” the Mail noted.

Wright was due to face trial on a charge of attempted aggravated robbery, the Mail reported, with a possible maximum sentence of 20 years in prison.

The Post reported that “the case was still pending” when Wright was pulled over by Brooklyn Center police officers on Sunday, where he resisted arrest and was shot by Officer Kim Potter, who claims she intended to use her Taser on Wright but instead, mistakenly grabbed her service weapon.

Fox News reported that Wright’s mother, Katie Wright, said “her son called her as he was supposedly getting pulled over for having air fresheners hanging in his rear-view mirror – an offense in Minnesota.”

“All he did was have air fresheners in the car, and they told him to get out of the car,” Katie Wright said, adding that before the call ended, she heard someone say, “Daunte, don’t run.”

Authorities said Wright had expired license plate tags on his vehicle and an outstanding warrant.

On Monday, Brooklyn Center Mayor Mike Elliott took control of the city’s police department thanks to a vote by the city council, who also fired City Manager Curt Boganey in an emergency session after he said in a press conference earlier that day that Potter would receive “due process” over the incident.

CBS News reported that the Washington County district attorney, who is in charge of the case, said he would decide Wednesday whether criminal charges would be filed against Potter.