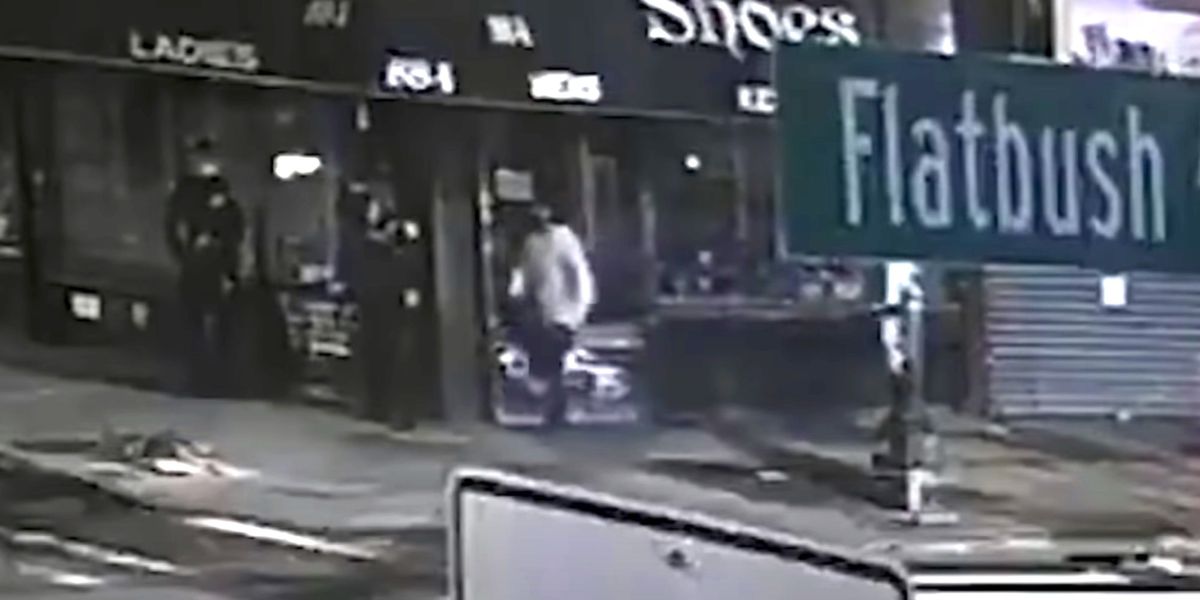 The Department of Justice said that an attack on NYPD officers in June was an act of Islamic terrorism by an illegal alien using the protests as cover.

The claims were made in an affidavit unsealed on Wednesday in a Brooklyn court.

Two police offers were patrolling to prevent looting on June 3 on a street corner when a man suddenly stabbed one officer in the neck at about 11:45 p.m., nearly four hours after a curfew that was imposed at the time. He chased after the other officer and then returned to attack the first, according to the affidavit.

That man then allegedly stole a 9mm service pistol from one of the officers and shot at other officers who were responding to the altercation. Two officers were shot in the hand.

The police said that the attacked yelled “Allah Akbar” several times during the attack.

The attack was caught on surveillance video that was released to the public by the NYPD:


NYPD Releases Video Of Stabbing Of Officer In Brooklyn

Responding officers shot the man and took him into custody.

The affadavit identified the suspect as Dzenan Camovic, a 20-year-old Bosnian national who was present illegally in the United States.

U.S. Attorney General Bill Barr said in the affidavit that Carnovic had been in possession of extremist materials, including some related to ISIS.

“We know that Camovic repeatedly yelled, ‘Allahu Akbar’ during his attack. We know that he possessed a significant volume of materials that demonstrates his interest in and support for violent Islamist extremism, including materials related to the Islamic State of Iraq and al-Sham (ISIS),” said Barr.

Barr went on to say that Carnovic took steps to hide evidence of his plans and whatever co-conspirators he might have had.

“If not for the heroism and bravery of the responding NYPD officers who returned fire and took the assailant down early in the attack, untold additional officers and innocents could have been killed or injured,” continued Barr.

Carnovic was charged with firearm and robbery offenses, including unlawful possession of a firearm as an illegal alien. If convicted, Carnovic faces life imprisonment.

Here’s a local news report about the indictment: