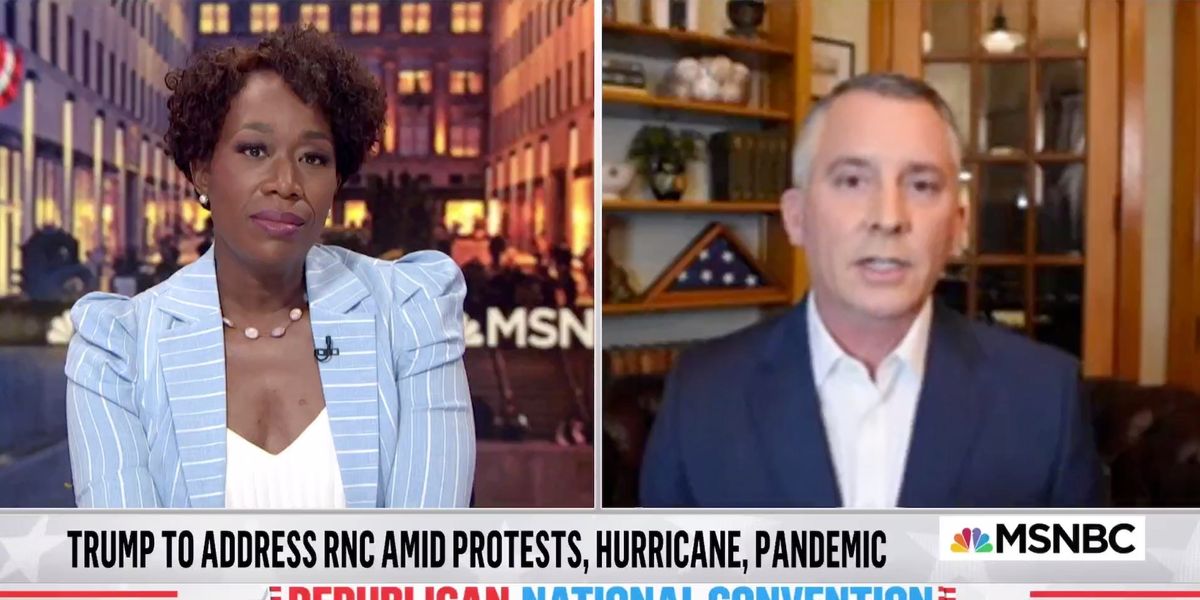 Former Republican congressman David Jolly said that President Trump’s message to white people at the Republican National Convention is “Black people are coming for you.”

Jolly was speaking to Joy Reid on MSNBC Thursday on the fourth and last night of the GOP convention when he made the derisive comments.

“We cannot extract the element of race from all of these narratives that the Republicans are putting out,” said Jolly.

“Donald Trump is telling white people that Black people are coming for you. That is the message of the RNC,” he added.

“It is damning he should be criticized and he should be damned for it but the heartbreaking part of all this, Joy, is while the issues around race, and the conversations around race can be complex and very hard, leadership in this moment is not,” Jolly continued.

“All it takes for a leader is to listen, and to understand, and to show empathy, and to acknowledge these are tough complex issues,” he concluded.

Reid focused on the inclusion into the RNC of the St. Louis couple who protected their property with guns from Black Lives Matter, and implied that this led to the shooting in Kenosha, Wisconsin, were two protesters were killed.

“This shooter in Kenosha walked around with a gun and police didn’t even stop him,” said Reid.

“He was arrested peacefully. And yet, Black people can’t even be pulled over without being in terror of being shot for no reason. Can’t get into a car. Can’t stand up, can’t sit down. You walk to the left, you get shot, you walk to the right, you get shot! No matter what you do!”

The president received the nomination for re-election from the Republican party on Thursday and ended the convention with a fiery speech from in front of the White House before a select audience.

Here’s the video of Jolly’s comments: