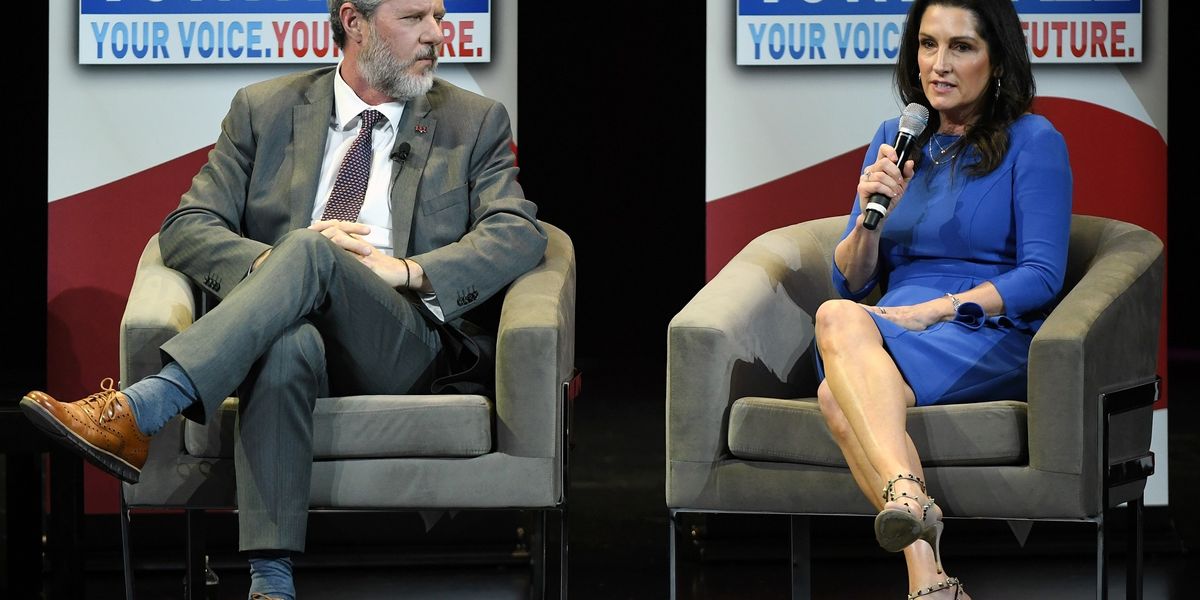 A former student of Liberty University says Becki Falwell — the wife of the evangelical school’s former president, Jerry Falwell Jr. — pursued him romantically and performed oral sex on him while he was staying at the Falwell residence following a band practice with the couple’s son, according to an exclusive report from Politico.

The former student, who is now 34, claims that Mrs. Falwell began “grooming” him when he would attend practices at the Falwell residence ahead of the alleged sexual encounter in 2008, when he was 22 years old and she was still an employee of the university.

He also provided text messages and social media exchanges purportedly indicating that she persistently continued to contact him for years afterward.

‘One night [in August or September], we were up till one or two, and we went back to his room. We had a decent amount of Jack Daniels,’ the former student said. He remembered walking into the guest room, just as he’d done many times, closing the door behind him, and preparing the bed.

After some prodding, he coaxed Falwell into leaving. He slept, woke up and acted like things were normal.
A few nights later, he stayed the night again. Again, Falwell came into the guestroom where the then-student was in bed.

This time, she was more aggressive. The former student remembers that Falwell climbed into bed with him, and quickly took down his pants.

‘I was like, ‘uh, what are you doing?” the former student said. Falwell then proceeded to give him oral sex.

The report comes off the heels of Jerry Falwell Jr. resigning as president of Liberty University after the Falwells’ former pool boy and business partner, Giancarlo Granda, claimed he and Becki had an affair over the span of 7 years and that Mr. Falwell would watch the two have sex.

The Falwells have both acknowledged Becki’s affair with Granda, but denied that Jerry had any involvement.

The unnamed student, who chose not to allow his story to be told until the allegations from Granda were revealed, says he was left with an immense amount of guilt, shame and depression over the alleged incident. He did not come forward before, he said, because he respected the university’s mission and that of its founder, Jerry Falwell, Sr. He also explained, “I don’t want to be a homewrecker.”

In response to Politico’s request for comment, the Falwells issued a statement saying:

It is unfortunate that the coverage of our departure has turned into a frenzy of false and fantastic claims about us. These false and mean spirited lies have hurt us and our family greatly and we will respond fully with the truth at an appropriate time. At this time, however, we think it is best to move on and help the Liberty community focus on its very bright future.