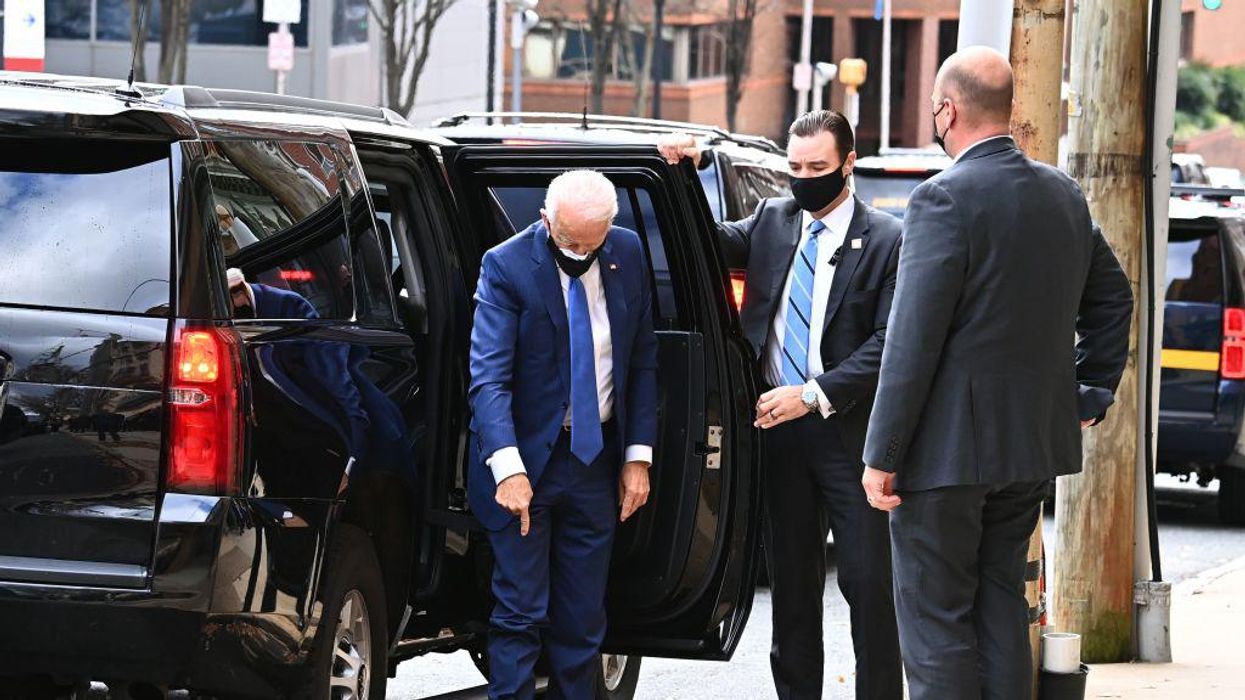 Former Vice President Joe Biden finally revealed exactly how he broke his foot, and it is not your garden variety way of suffering such an injury. Also in the CNN interview, Biden said he would call on Americans to wear face masks for 100 days, and talked about his family’s business dealings.

On Saturday, there was news that the 78-year-old Democrat was injured, and the initial reports stated that Biden had suffered a twisted ankle from playing with his dog. On Sunday, the former vice president visited an orthopedist in Newark, Delaware, who found that Biden had sustained a hairline fracture.

“Initial X-rays did not show any obvious fracture, but his clinical exam warranted more detailed imaging,” said Kevin O’Connor, Biden’s physician. “Follow-up CT scan confirmed hairline (small) fractures of President-elect Biden’s lateral and intermediate cuneiform bones, which are in the mid-foot. It is anticipated that he will likely require a walking boot for several weeks.”

On Thursday, Biden appeared on CNN and told the story of how he hurt his foot.

“What happened was I got out of the shower. I got a dog and anybody who’s been around my house knows — dropped, little pup dropped a ball in front of me. And for me to grab the ball,” Biden told CNN’s Jake Tapper.

“And I’m walking through this little alleyway to get to the bedroom,” Biden stated. “And I grabbed the ball like this and he ran. And I’m joking, running after him and grab his tail. And what happened was that he slid on a throw rug. And I tripped on the rug he slid on. That’s what happened. Oh man, not a very exciting story.”

Biden was allegedly playing with his dog named “Major,” one of his two German shepherds. The other is named “Champ.”

Biden’s campaign stated that the former vice president might have to wear a walking boot for “several weeks,” but he was seen without the medical boot on Thursday when he arrived at The Queen theater in Wilmington, Delaware, for the CNN interview. 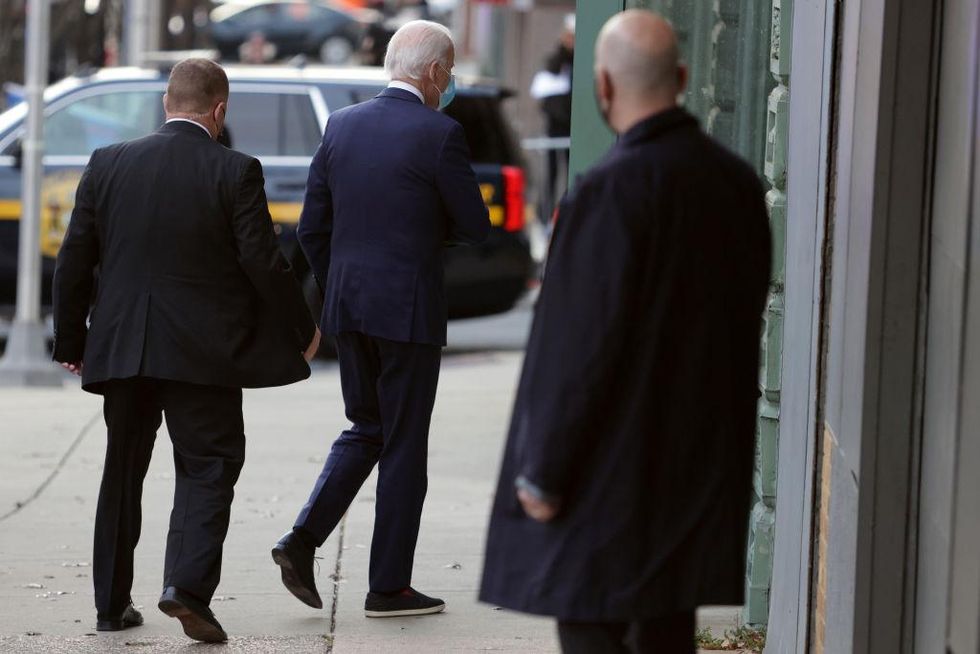 Also in Thursday’s CNN interview, Biden vowed that his family’s business dealings would not conflict with any White House responsibilities.

“My son, my family, will not be involved in any business, any enterprise, that is in conflict with or appears to be in conflict, with the appropriate distance from, the presidency and government,” Biden said.

There has been much speculation about purported overseas business dealings by Biden’s son and brother following the release of emails that were reportedly from Hunter Biden’s laptop.

On the topic of the coronavirus, Biden said he would call on Americans to wear face masks for 100 days.

“Just 100 days to mask. Not forever — 100 days,” Biden said. “I think we’ll see a significant reduction if that occurs with vaccinations and masking, to drive down the numbers considerably.”

In October, Biden hinted that he would implement a mask mandate on federal property.