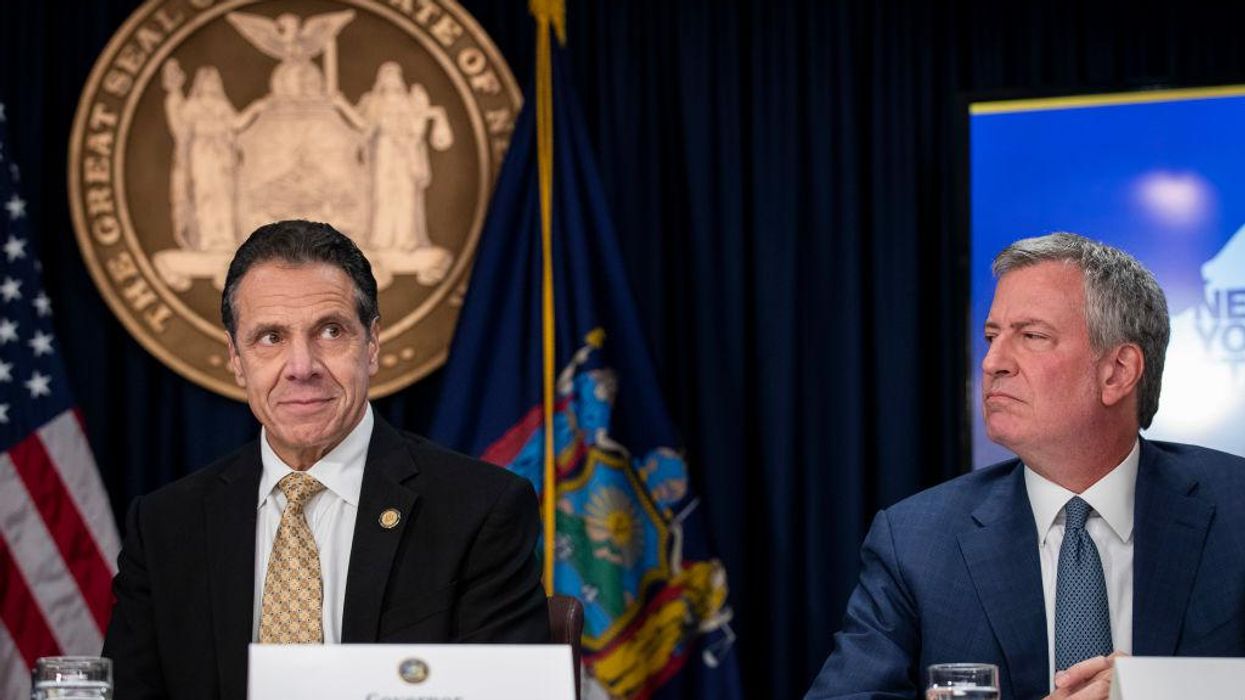 Lindsey Boylan served as deputy secretary for economic development and special adviser in the Cuomo administration from March 2015 until October 2018. In December, Boylan accused Cuomo of sexually harassing her “for years,” adding that he abused his power.

On Tuesday, Boylan elaborated on her claims against Cuomo in a post on Medium.

“Governor Andrew Cuomo has created a culture within his administration where sexual harassment and bullying is so pervasive that it is not only condoned but expected,” Boylan wrote. “His inappropriate behavior toward women was an affirmation that he liked you, that you must be doing something right. He used intimidation to silence his critics. And if you dared to speak up, you would face consequences.”

Boylan claimed that Cuomo asked his aides to play strip poker with him during a taxpayer-funded plane trip in 2017, inappropriately touched her, and kissed her on the lips without her consent at his New York City office.

De Blasio was asked Thursday morning about the sexual harassment accusations against the New York governor.

“We’ve gotta take this seriously,” he continued. “When a woman comes forward with this kind of very specific allegation, they have to be taken seriously. We need a full and independent investigation. I want to emphasize the word independent.”

De Blasio stressed that the investigation must be conducted “by some individual or entity that is not compromised, is not something that is dominated by the governor’s office, but an independent investigation.”

“This is just unacceptable. This kind of behavior, if it’s true, is unacceptable in any public servant, in anybody,” de Blasio said. “So we gotta get the truth about this.”

“As we said before, Ms. Boylan’s claims of inappropriate behavior are quite simply false,” Cuomo’s office said.

“In Ms. Boylan’s latest blog post, she opens up with a story about a plane trip in October 2017 — the manifests of all flights from October 2017 can be found below — there was no flight where Lindsey was alone with the Governor, a single press aide, and a NYS Trooper,” the statement reads.

“This whole thing has to be examined. We need the full truth,” the mayor said last week.

“It’s extraordinarily troubling on a human level because we don’t even know what it would’ve meant — how many lives might’ve been saved if things had been done differently,” de Blasio said of Cuomo’s leadership during the COVID-19 pandemic.

“Their families have not gotten answers,” he added. “We don’t understand if truth was told or not. We know information was not given on a timely basis, we know mistakes were made, we know that we have not had an accounting that tells us how to saves lives going forward, and change the approach to nursing homes.”

The FBI and the Brooklyn U.S. attorney’s office have launched investigations into the nursing home scandal.

There is no love lost between Cuomo and de Blasio, and it was evident during an MSNBC interview last week. De Blasio blasted Cuomo as a “bully.”

“The threats, the belittling, the demand that someone change their statement right that moment — many, many times I’ve heard that and I know a lot of other people in the state that have heard that,” de Blasio said of Cuomo.