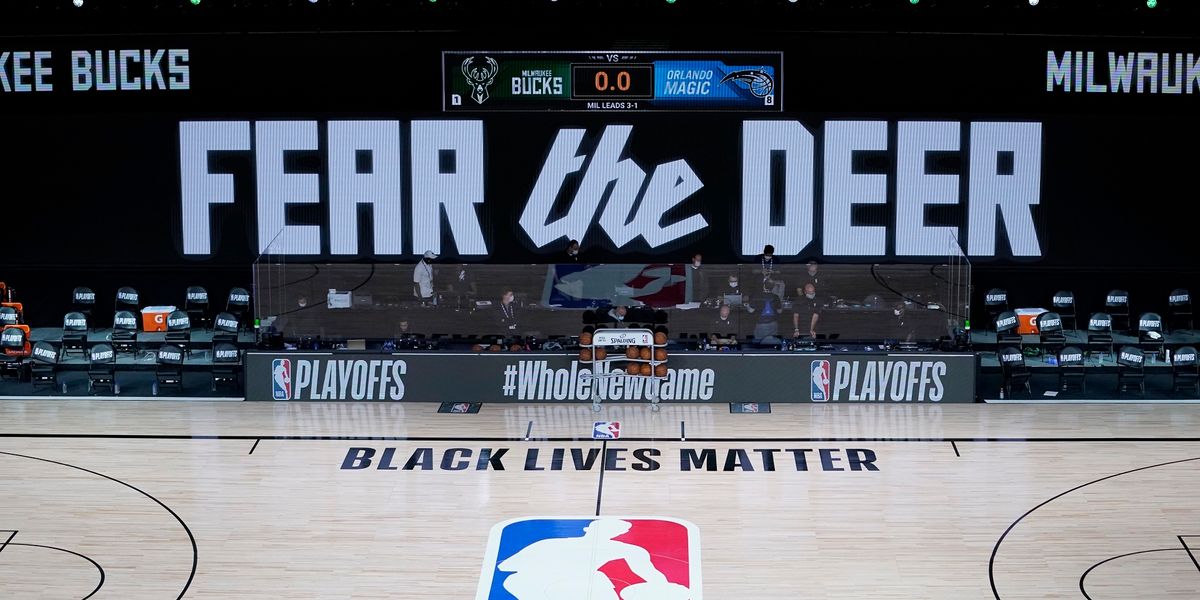 The entire Milwaukee Bucks NBA team refused to take the court in their playoff game against the Orlando Magic on Wednesday, in protest over the police shooting of Jacob Blake — a black man — in Kenosha, Wisconsin.

The league has postponed the rest of the night’s playoff games in reaction to the Bucks’ decision.

Game 5 in the Bucks’ series against the Magic was originally scheduled for 4 p.m. ET. Ahead of the anticipated tip-off, Orlando players were on the floor taking practice shots, but returned to their locker rooms after it became clear that Milwaukee players would not be joining them.

Bucks senior vice president Alex Lasry voiced his support of the players’ decision to strike in protest, tweeting, “Some things are bigger than basketball. The stand taken today by the players and org shows that we’re fed up. Enough is enough. Change needs to happen. I’m incredibly proud of our guys and we stand 100% behind our players ready to assist and bring about real change.”

Some things are bigger than basketball. The stand taken today by the players and org shows that we’re fed up. Enoug… https://t.co/S0WW1tR3Ri

The NBA then announced it would postpone all of the games that had been slated for the evening, issuing a statement saying, “The NBA and the NBPA today announced that in light of the Milwaukee Bucks’ decision to not take the floor today for Game 5 against the Orlando Magic, today’s three games – MIL-ORL, HOU-OKC and LAL-POR have been postponed. Game 5 of each series will be rescheduled.”

The NBA and the NBPA today announced that in light of the Milwaukee Bucks’ decision to not take the floor today for… https://t.co/knTq6qq1oE

NBA reporter Shams Charania
reported that the Bucks players were reaching out to speak with Wisconsin Attorney General Josh Kaul (D). He also signaled that other teams were considering boycotting games, and tweeted that “NBA players have called for a meeting tonight in Orlando to determine next steps, sources tell @TheAthleticNBA @Stadium.”

According to Los Angeles Times national correspondent Matt Pearce, “The NBA collective bargaining agreement bans strikes, which means the Bucks are breaking their own contract to stop playing in protest of police violence.”

“But,” he added, “this is your reminder that there aren’t really illegal strikes, just unsuccessful ones.”

Players from other teams also cheered on the Bucks’ protest on social media, with Los Angeles Lakers star LeBron James tweeting, “F*** THIS MAN!! WE DEMAND CHANGE. SICK OF IT.”

Blake, 29, was shot several times in the back by a Kenosha Police Department officer over the weekend, reportedly leaving him paralyzed. His shooting led to protests and violent riots in the city that is roughly 40 minutes from Milwaukee, adding to the ongoing nationwide demonstrations and unrest over racial injustice that began following the death of George Floyd in late May.