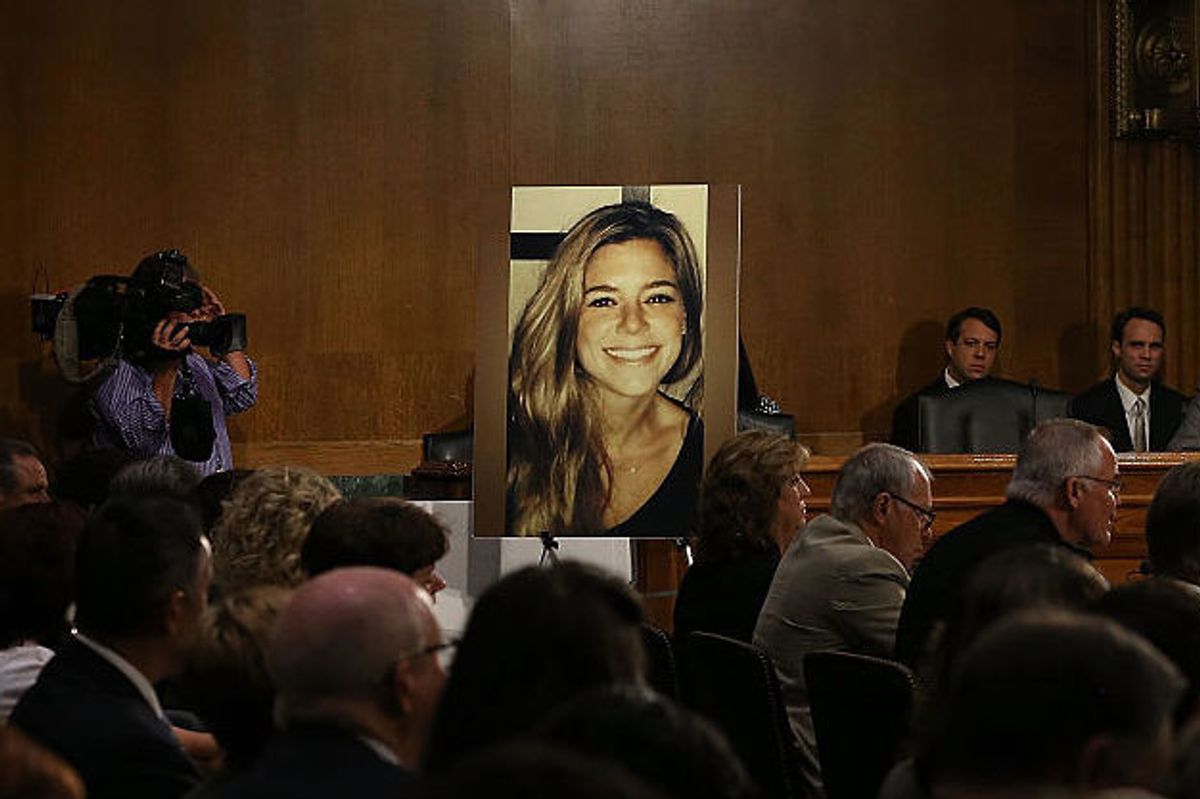 President Donald Trump is asking that Americans observe a day of remembrance on Sunday, Nov. 1, to honor Americans who have been killed by “criminal illegal aliens.”

Trump issued a proclamation on Friday titled, “Proclamation on National Day of Remembrance for Americans Killed by Illegal Aliens.”

What does the proclamation say?

Not only is Trump calling on Americans to remember Americans killed by illegal immigrants, but he called the nation “to ensuring that those responsible for these tragedies face justice.”

On this National Day of Remembrance, we pause to honor the memory of every American life so egregiously taken from us by criminal illegal aliens. As sons and daughters, mothers and fathers, brothers and sisters, and as American citizens, these precious lives are an irreplaceable piece of our national community. We solemnly stand with their families — our Angel Families — who have endured what no American family should ever have to suffer. Today, we recommit to ensuring that those responsible for these tragedies face justice, while taking every action to prevent these horrific acts from occurring in our Nation.

“On this National Day of Remembrance, we pay tribute to the enduring memory of every American killed by an illegal alien. They will never be forgotten, and we will stand by their families and fight for a future where every American is safe,” the proclamation goes on to say. “Together, we will pursue the promise of a proud, noble, and secure future while protecting our families and communities from those who seek to do us harm.”

Trump’s statement also noted that his administration has overseen the construction of more than 400 miles of new border wall, adding that “we are on pace to complete more than 500 miles by early next year.”

Americans are killed by illegal immigrants every year. However, the exact number of American victims is difficult to determine for a variety of reasons, as this CNBC report explained.

But what is clear, according to the Cato Institute, is that “non-citizens” are responsible for a significant portion of federal crimes.

Perhaps the most infamous of all cases was the shooting death of Kate Steinle in San Francisco in 2015, which triggered outrage over “sanctuary cities,” American cities that do not enforce immigration laws.

Steinle’s killer, José Inez García Zárate — who was eventually acquitted of Steinle’s murder — was an illegal immigrant who had been deported from the U.S. five times. Immigration and Customs Enforcement had issued a “detainer” for García Zárate, but San Francisco provided him with a sanctuary from immigration authorities. Had San Francisco authorities cooperated with ICE, Steinle would still be alive.